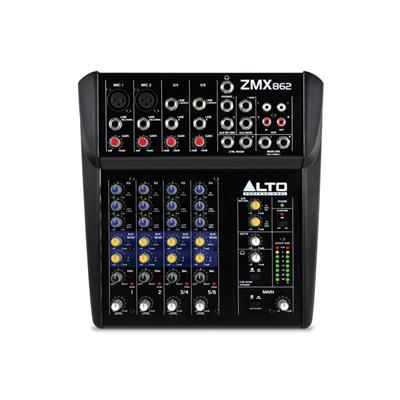 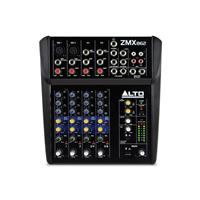 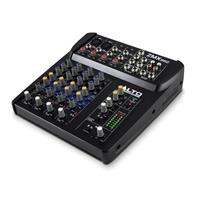 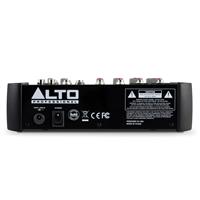 The ZEPHYR ZMX862 is an 8-channel, 2-bus mixer with the right about of inputs, outputs, routing, and EQ for more intimate live performance reinforcement situations. It features two microphone inputs (with Phantom Power) with balanced TRS jacks, a three-band EQ and two AUX sends on each of the two mono channels and the two stereo channels, and even two-track inputs for things such as audio playback. The ZEPHYR ZMX862 is the perfect compact take-anywhere professional mixer.

The ZEPHYR ZMX862 is the swiss army knife your creative life needs. Not only can you can plug dynamic, condenser, and wireless microphones into the first two channels, but you also get two stereo channel inputs for keyboards, drum machines, and other instruments. What's more, you can easily plug in your MP3 player, CD players, or audio from a DVD player into the CD/TAPE inputs. But, you also have two AUX sends that you can use to send streams of audio from your mixer to a digital effects unit, stage monitor, TV screen, or any number of sources. Choose the ZEPHYR ZMX862 as the audio central command for your live performances, home studio, or video suite. 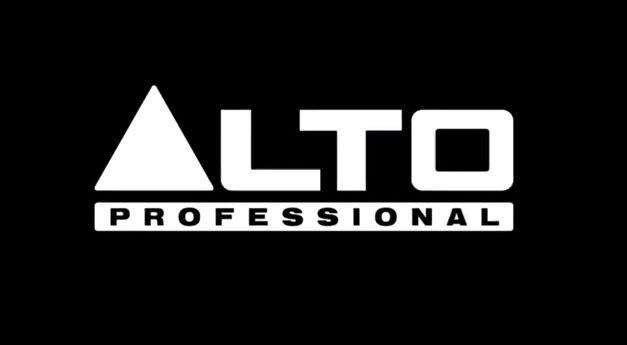